During my exploration of Brown Edge families and how we all seem to be related, I came across an interesting article about one of the Quaker founders of America who are directly related to the Nixons of Brown Edge.

This discovery came about when I was tracing the Nixon family. Most of you will remember Clarence Nixon the joiner from the Rocks, who I remember well, making and fitting the large wooden doors at the front of Turners Bus Garage. Incidentally they are still there and now must be 50 years old.

My interest in the Nixons was due to the fact that Clarence was married to Lucy Turner, Great Granddaughter of James Turner (my Great Great Grandfather).

Anyway tracing the Nixons back was relatively easy, as they were all local. Clarence’s (and Maurice his brother from whom Philip and Brian descend) Father was Robert born in Biddulph in 1889.

Roberts father was Luke Nixon who married into the Biddulph family, back another couple of generations untill you get to a Thomas marrying an Olive Bailey born 1793 who passed away aged 89 and was buried in Horton.  We can’t go any further back with the Nixons but I went another generation with Olive and noticed her mother was a Farnsworth who died in Pensylvania. Which I thought was worth a bit of digging around.

Her father was a Adonijah Farnsworth born in 1743 New Jersey and go back 2 more generations and you get to a Thomas Farnsworth who lived at Chesterfield, New Jersey.  I searched for him and the following fascinating record was available.

The first record in America of Thomas Farnsworth is that of his arrival in Philadelphia on the ship Kent in 1677. The passengers came up the river to Burlington in boats. There Thomas acquired land by deed on 2 Apr 1681 at the site of what is now known as Bordentown but then known as Farnsworth’s Landing, his holdings eventually extending to over 800 acres. The history of Thomas and his family of those days is best described in the “History of Burlington and Mercer Counties,” by E.M. Woodward and J.F. Hageman, published 1883 as follows:

“All we know of him prior to his leaving England is the statement in Bessee’s “Sufferings and Persecutions of the Quakers” that he was sent to prison on the 3d day of the 7th month, 1665 for attending a meeting of the Quakers at Tupton, near North Wingfield, Derbyshire. It is also stated that his brother, Richard Farnsworth of TickhilI, Yorkshire, was tried and imprisoned for not taking off his hat to a justice.

Thomas’wife, Susanna came over in Dec of the next year in the ship “Shield,” the first vessel that came up the Delaware to Burlington. She brought with her their children and two servants. Her coming was well known among the settlers, and looked for with some interest as she was a Quaker preacher in the old country of note.

The servants she brought were hardly to wait on her and perform menial service but more probably men who had contracted to work a certain length of time in consideration of their passage being paid and food found From the fact of his being this expense his purchase of five hundred acres of ground within a few years of his landing and his not disposing of his house and lot in Burlington until the 19th of May, 1685, when he conveyed it by deed to Anthony Morris, it is to be presumed he was possessed of considerable means for one in those early days and in a new country….

As tradesmen in all new countries are scarce and in demand, and as the population is scattered, and as we find his children different localities, the probabilities are that he “whipped the cat” at his trade of shoemaking for several years before he located on his tract where Bordentown now stands. Where he built his cabin there is not known but he certainly did not reside there permanently prior to 1682-83. Careful investigation proves that Farnsworth’s cabin, (the first house built in Bordentown), was situated on the bluff near the northwest corner of Park Avenue and Prince Street, very near and perhaps on the spot upon which the frame house now stands (1883).

Thomas Farnsworth served as constable of Chesterfield (named after Chesterfield, Derbyshire by Farnsworth) township in 1689. His name never again appears on the township records and sometime between that year and 1693 he died, leaving his widow, Susannah, sons Thomas, John, Samuel, Daniel, and Nathaniel. By his will, dated 8th of the 11th month, January (O.S.), 1889 he left all his real and personal property to his wife, to rent or sell as she might deem best. But in case of her marrying again, his real estate was to be held in trust for his children and she was to have in lieu thereof twenty pounds. She was sole executrix. The will was witnessed by William Quicksall and Elizabeth Foulks Davenport (blimey those Davenports got everywhere!) and proved in 1693. The will of Susanna Farnsworth was proved 23 Jan 1713/4.

The Farnsworths proved to be very significant in the history of America. 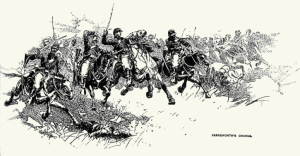 Figure 2   The Farnsworth Charge at Gettysburg

So Mr Ivor Nixon of the Rocks, Brown Edge, your eighth great grandfather was Thomas Farnsworth,  a Quaker from Yorkshire who left for a new life and became one of the founding few.

14 comments for “Nixons of Brown Edge and beyond”