The information contained on this page is kindly donated by Alan Clarke  a researcher into aircrash sites.

B-24H Liberator 42-52625 of the 406th Bombardment Squadron crashed at Brown Edge between Stoke-on-Trent and Leek on the 15th August 1944 while being ferried from Warton to Cheddington following modification for night leaflet dropping operations.

After take off from Warton the crew could not raise the aircraft’s undercarriage, while attempting to resolve this problem the aircraft stated to bank to the left and lose height, the pilot stated that he assumed to two problems to be associated and when he recovered the aircraft to level flight headed back to Warton.  Shortly before landing the flight engineer reported he had resolved the undercarriage trouble and the gear was raised so the crew set course for Cheddington, after the undercarriage had been raised the pilot noticed that the aircraft was still drifting to the left.  Some time later the aircraft was seen circling over the Biddulph area at low level and shortly afterwards lost height and struck a tree causing the number 3 engine to burst into flames, the aircraft crashed into a field not far away where it slewed though 180 degrees.

A general over view from the accident report showing the largely burned out B-24. The tail section and outer wing section are the only recognisable aircraft parts in this photograph. 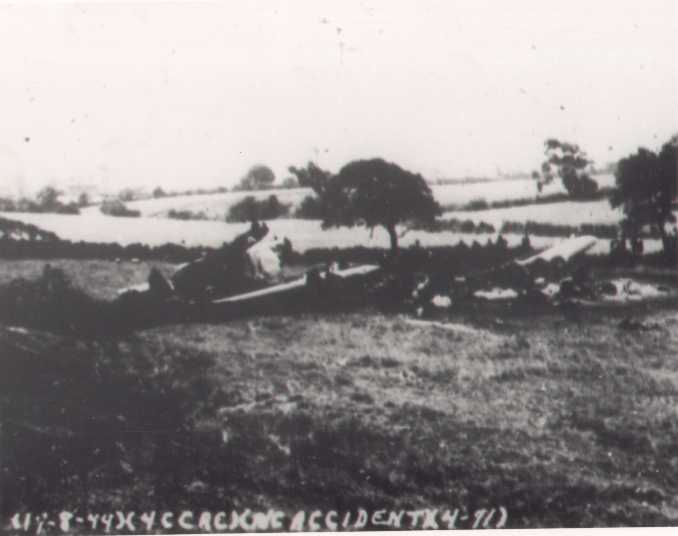 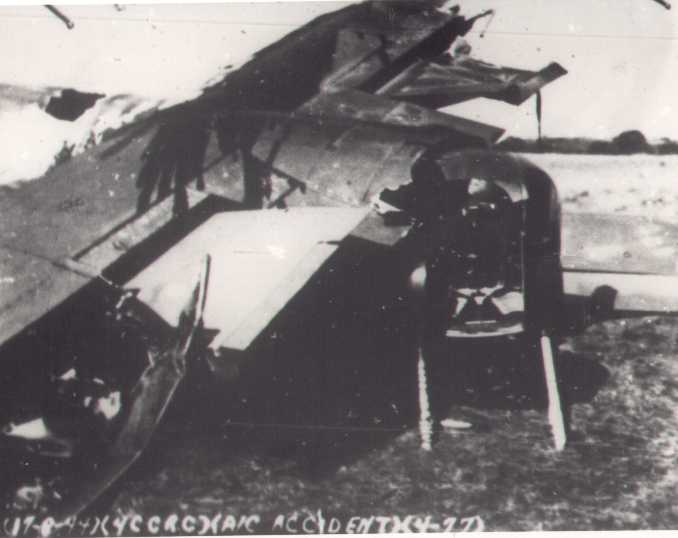 Below are two then and now shots, both are slightly out of alignment but are close enough for comparison.

If you have any memories of this incident then please comment below.

9 comments for “Aircrash at Brown Edge”