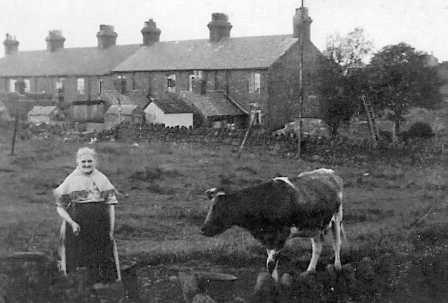 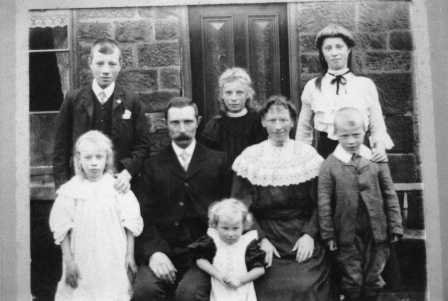 A family group of my grand parents Charles and Martha taken in 1906 in front of Lane End Cottage( now 31 Church Road). In the back row are from left to right, Arthur, (Phillip Davenport’s grandfather) Hannah, (Edwin Sims grandmother) and Mary Jane (known as Polly).
Middle row left is my mother Beatrice, then grandparents, then James. In the front is Mabel.
Charles and Martha returned to Brown Edge in 1891 and were living in Sandy Lane at the time of the census. They lived at Lions Paw for a short time but bought Lane End Cottage about 1893 and it remained in the family until my mother died in 1972. 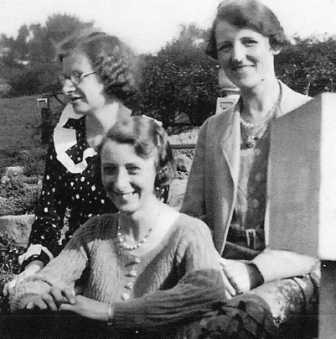 This is the only photo I have of the youngest member of the family, Phyllis, she is on the left and, on the right is Mrs. Benton (Honor Dawson) do not know who is in front. If possible I would like a mention of her in the Brown Edge history. She was born at Lane End Cottage in 1907 and lived all her life there. She taught at St Anne’s school from the late 20s to 1953 the day she died. She devoted her life to the children of the village and during the war organized a knitting group to make comforts for the troops. With May Berrisford (nurseries at Double Gates family) also a teacher at Brown Edge, she raised money by holding Whist Drives. There has been a lot written about the Bentons. They moved to the new school in Endon while Aunty Phyllis remained at Brown Edge teaching the third year (9 to 10 year olds) and I feel has been forgotten in recent histories of the village. Anyone at school in  1930’s, 40’s or early 50’s I am sure will remember her. I think the children planted a garden, to the left, in front of the church gates, in her memory. 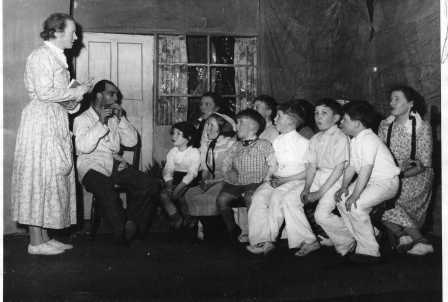 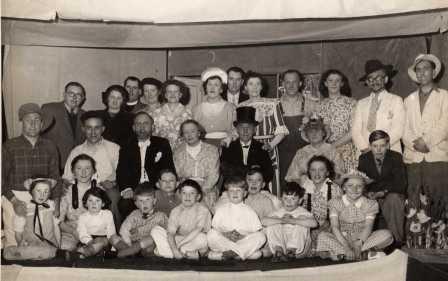 Back row Joe Cumberlidge, Gladys Hammond. Behind her Rev Walter Attoe.
In the middle with the white hat Mrs. Bond and behind Bert Pointon, then Mrs. Crossley, Eric Jolly, Betty Jolly (Mrs. Mosedale) on the end Tom Mitchell. Sitting down in the middle are Bill Bourne, Mrs. Proctor and, with the tall hat, George Hall (then the church warden). Sitting, with plaits, left Bertha Clements and right myself. 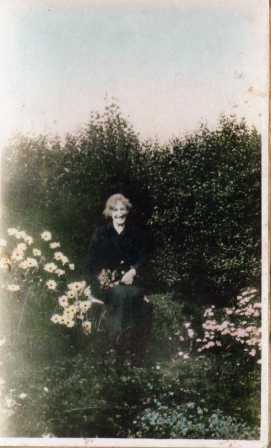 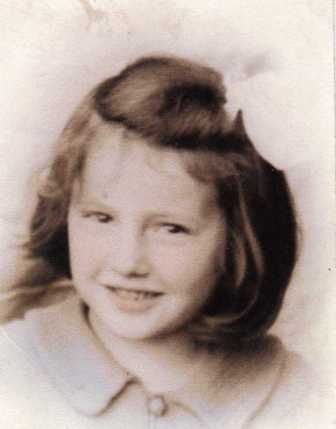